While I’ve gone in depth on the Maker Movement before, here’s the distillation for the Chicago crowd. I’ve been involved in the maker movement since 2009, almost entirely in Chicago: in fact, in 2011 I was President of Pumping Station: One, Chicago’s largest and oldest makerspace.

The momentum for the Maker Movement in Chicago started in 2009, when Pumping Station: One opened its first physical space. Since then, PS:One has become one of the most notable makerspaces in the movement. In 2012, Chicago had its first Northside Mini Maker Faire. Catalyze Chicago opened in 2014, focusing on physical hardware creation. In 2015, the Maker Movement took over the Technori Pitch in Chicago, a night usually dedicated to software-primary projects, and in this case those makers pitched to a sold-out crowd of 500.

Today, Chicago’s maker environment is wide and varied, with some spaces that do a little bit of everything all the way to the other extreme of unitasking spaces. 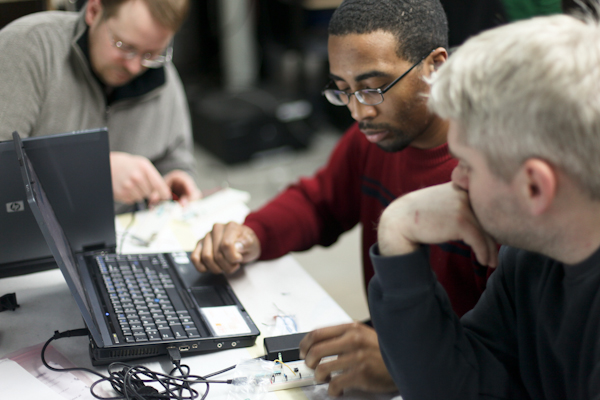 With ORD Camp gearing up this year again shortly, I figured it would be useful to do the rundown, both for folks joining the movement now and those looking for new places to rejoin the fun.

• Pumping Station: One itself is six years old with over 400 paying members
(some of my photos of PS:One here): a broad-based
membership-focused space

• Catalyze Chicago, just over the river from downtown in the West Loop, which
focuses on moving physical inventions from concept to production

• SSH Chicago on the South Side (Bridgeport): also a broad-based space

• Blue1647, serving the South and West Sides, which covers coworking as well
as a student learning lab (article here)

• Chicago Innovation Exchange’s Fab Lab at The University of Chicago

• LevelUp, a teen-focused makerspace on the South Side, not far from
Midway Airport

• HackStudio, for students in grades 3-12 in Evanston

• Workshop 88 and SpaceLab in the ‘burbs (Glen Ellyn and
Mokena, respectively)

There's also a more in-depth overview of the three oldest Chicago-area makerspaces here. Many other private makerspaces and labs do exist in Chicago, but they’re frequently not open to join or use. Lane Tech’s Innovation and Creation Lab is a prime example: keep an eye out for occasional events.

Recommendations:
For someone just getting into making, the Chicago Public Library Maker Lab and the Museum of Science and Industry’s Fab Lab are great options, with classes and terrific environments for learning. For those more dedicated (depending on their angle to making), I recommend Catalyze Chicago, Pumping Station: One, or SSH Chicago.

Aside from spaces, there are also pop-up experiences and events and meetups, like:

• Center for Lost Arts (my photos from their closing party here)

• ORD Camp (which I've previously written about, though it’s not open to
the public)

• And one near and dear to our hearts here at Rightpoint, having taken on a
project for them: the EPIC Maker Rally 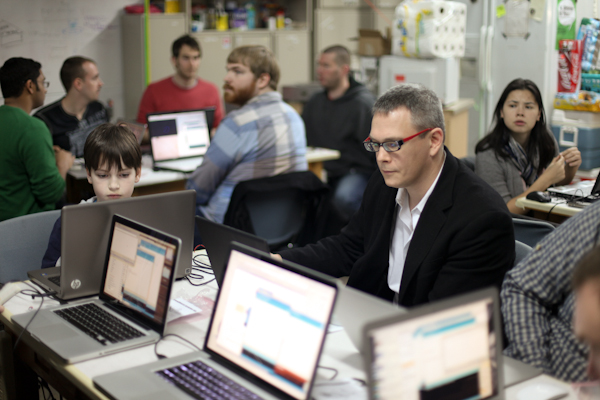 Arduino workshop, Pumping Station: One in 2011

As I’ve said before: as upstart, as DIY, as muddle-it-through-until-you-find-an-answer as the Maker Movement might be, it’s also the perfect place for curious, scrappy, whatever-it-takes-to-get-the-job-done inter- and intra-disciplinarians like us that enjoy being both high-level and in-the-weeds. We who love hyphens in whatever we do.

So try something new, or a new take on something you’ve done before: go to a hack night, a makerspace, a Maker Faire, or anything you like in the maker space (so to speak). You’ll learn something new—almost guaranteed—and meet new folks, and emerge inspired.